I woke up really early, and I kept on thinking about French Quarter, and decided to walk down to the reception and see if it was possible to move. I spoke with Guest Relations who were brilliant – the guy said he preferred FQ himself and he totally understood. He sorted out our reservation, transferring all our payments to the new hotel and finding us a nice room. He wouldn’t tell me the room number as it was still occupied, but he told me it was in Building 2 and to call after 3 for the number. I was issued with new keys and parking passes and then headed back to the room to break the news to Phil. We spent a frantic hour packing everything up, and trying to squeeze it all into the car – that was one very very full car.
We had had a late night the previous night, so we decided to take things easy, and we headed to Ponderosa for breakfast – I always try Ponderosa at least once, but I’m not a huge fan. This was ok – cheap enough and the food was fine, but I won’t be rushing back.
After breakfast we went to Downtown Disney – we started in the new Basin shop which is very nice – I picked up some fun soaps, and got my first ever AP discount – 45 cents… then a mooch around the Toy shop where we picked up some Lincoln Logs – I have been wanting to buy some for Katie for ages, so decided to get them this year, and finally the sports shop where we looked for ice skating stuff, but we didn’t find any – nearly every other sport you can think of, including ice hockey, but nothing for figure skating.
After shopping, we went round to the Boardwalk to visit Dave and Bev, and we had lunch and a swim in their quiet pool – it is a gorgeous location – we had a view of the swan and dolphin, and we walked around to the Yacht and Beach for lunch before we swam – I could very happily stay here in the future – it was lovely.

Beaches and Cream is brilliant – we really enjoy it in here. we all had dinner and then ice-creams – they really do make the hugest ice-creams ever here. 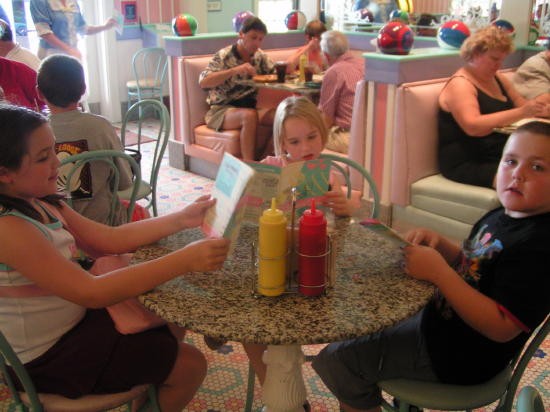 after lunch, we headed back to the boardwalk and the kids had a swim, while they were swimming I called PO French Quarter and got our room number 2101 – which turned out to be a corner room on the ground floor very close to everything – I couldn’t have asked for more. We headed back and found the room, and were very relieved to see that it was lovely – I had spent most of the day convinced we would hate it and I would regret making a snap decision, but nope, it was definitely the right decision, I am so pleased we moved.

somethings are best said with photos – so here’s a few images. 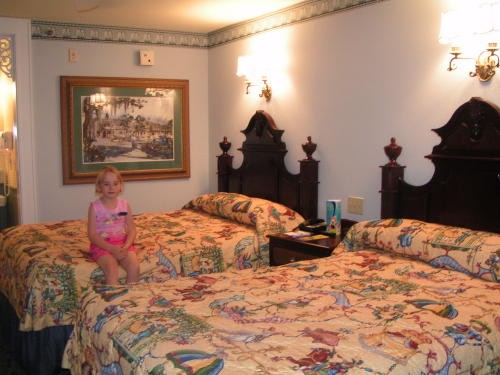 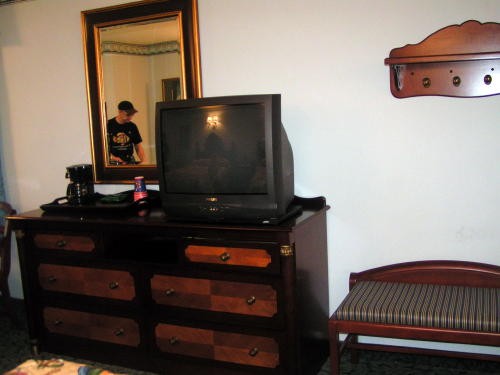 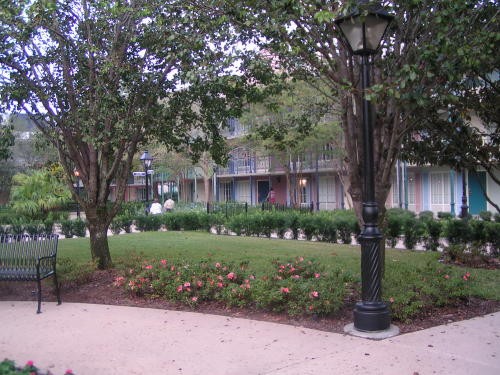 we explored the resort and unpacked and got ourselves settled into the new room, and declared it “lovely!” then we decided to go to Downtown Disney on the boat service. We walked down to the boat, and just missed one, and we had to wait quite a while for the next one, this would have been ok as we were chatting with some other guests who were very friendly, however, we didn’t realise that while we were standing we were being eaten alive. We had bug repellent in our suncream, but I guess it had been washed off in the pool and we hadn’t really given it a second thought, but Katie and I were very badly bitten, Phil had a few bites, and fortunately Molly was left alone.
We eventually boarded, and had a very entertaining captain who told us lots of trivia on the trip – he told us quite a lot about the treehouse villas, which are now closed because they are not ADA compliant (the American disability act), and due to some waterland preservation orders they can’t be altered, so they are stuck with them – not allowed to use them due to one law, and not allowed to change them due to another. He said that they normally had college program kids staying in them but they had been damaged during the hurricanes so they were closed.

On arrival at DTD we decided we were hungry, so we went to the Earl of Sandwich – what a strange place – they have a very weird menu, no ham and cheese sandwiches here, it was all rather fancy – and they are all hot sandwiches, so you order them and then they pass under a grill to be cooked before you get them. The resulting sandwich was very nice but it was extremely chaotic trying to get it. The kids menu options weren’t very good either, and a rather tired Katie didn’t eat a thing.

After Earl of Sandwich, it quickly became apparent that Katie was really really tired, and we were going to have to go home or she was going to get really cranky- when I had a brainwave. I took her to Guest Services and we hired a stroller – they are $7 and sort of like jogging strollers, not the best stroller I’ve ever used, but it really saved the evening, she would have been miserable walking around, but she was quite happy to sink into the stroller and let me push her.

We didn’t do a great deal, we looked around World of Disney and I bought a couple of t-shirts for the girls, and then we took the boat back to Port Orleans, and Phil went off for our new ritual of a coffee in the refillable mug – we were dead chuffed to be so close to the food court and able to just pop in for a coffee.