on Thursday we went to Clearwater – this was a bit of a mixed bag.  We got there quite early and it was extremely foggy and misty,  so we didn’t really want to go on the beach. We decided to drive down to St John’s Pass to pass some time until we could check in.  This was a bit disappointing – the entire beach  front is owned by someone,  either hotels or apartments , so you can’t see anything as  you drive, except buildings. I had been hoping for a scenic drive but it was not too be. Johns  pass was rather disappointing- lots of tourist tat and not much of interest.  We stayed a short while and then headed back to the Econolodge.  We checked in to the most enormous hotel room I have ever seen – you could have held a dance in it!  We had a fridge, 2  burner stove, microwave, plates, pans etc  – and a wonderful view of the Gulf.

the sun was now out , so we headed down to the beach and spent a couple of hours making sandcastles andpaddling.  we then moved into the pool and Katie showed us her swimming skills.  we only headed inside when the mist rolled back in and the gulf completely disappeared from view.

The following day it was quite cool,  so we spent a few hours on the public beach (which is beautiful).  The kids played ont he playground and we had a walk along the pier,

and then we decided to  try and find a skating shop and rink.  We found the shop but it was pretty disappointing so no pretty dresses were purchased.    We then headed into the shopping mall which has an ice rink in the middle of it.   Katie had initially said she didn’t want to skate as we  would have to use hire skates,   but when she saw the ice she decided she had to have a skate regardless.   Katie, Molly and I all skated – Katie found it a little frustrating,  but she did manage to enjoy herself although she couldn’t show off as much as she would have liked.   We skated for about an hour,  then had some lunch and shopping,  and then came back for another shorter skate before heading back to Orlando. 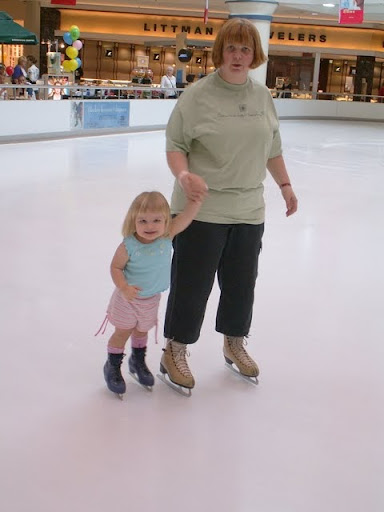 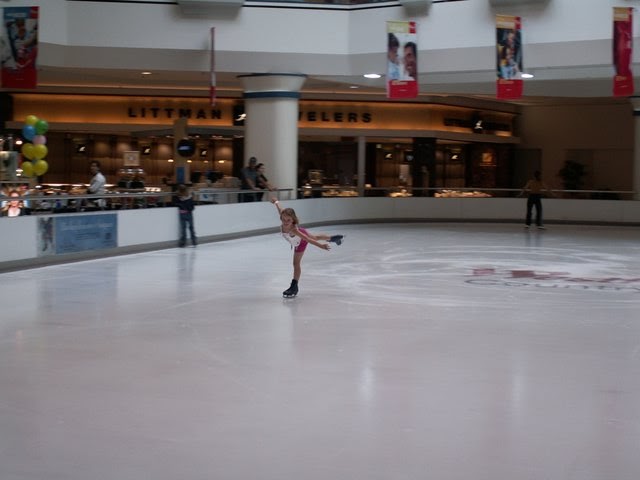 Unfortunatly the traffic was horrendous and it took us nearly 3 hours to get back.   We  were all tired and frustrated when we got back so we decided a treat was needed,  so we went to Ghiradellis and had ice cream for tea.  it was really lovely ice-cream and we all ate every last morsel,  so we decided ice cream  for tea is a good idea every now and again.