I wake up at 2am.  Great…..   I like to wake up early the first few mornings,  but 2 am is far too early.    I toss and turn awhile, and eventually fall back to sleep.   When I wake up again it’s nearly 6am.     That qualifies as a lie-in on the first morning.

I type up my trip report,  and we potter around unpacking and getting dressed while we wait for Molly to wake up.   Once Molly is awake,  she takes my camera outside,  and takes some photos of the area.

On my camera, I find these. 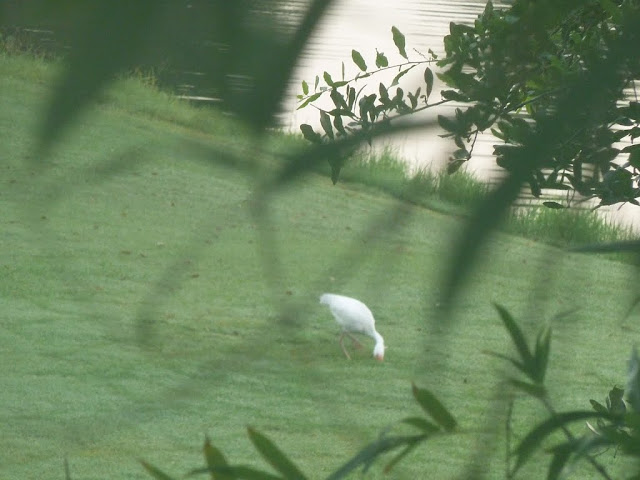 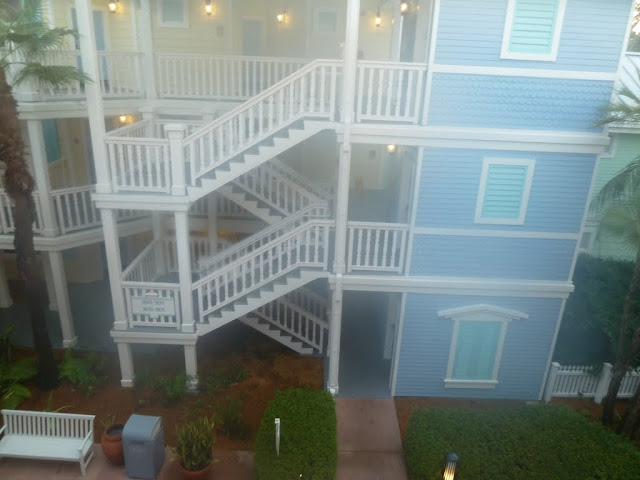 and then I find this one….. 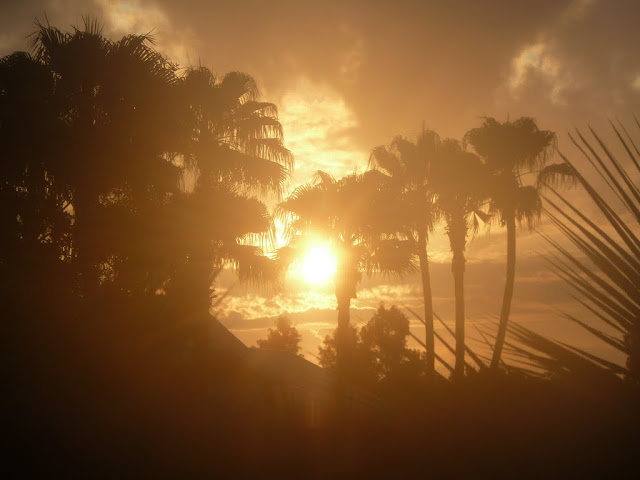 Maybe I should put her in charge of photography?

Eventually,  we are all dressed and ready to leave the room at 8am.     This is not good!    Epcot opens at 9,  and assuming we’d be wide awake at 4am,  I’d planned a Walmart trip and some breakfast before Epcot.

We make our way to Walmart,   and buy some important supplies.   2 tracfones,  some drinks, KrispyKremes, some cheap poncho’s ‘just in case’,  we must have bought some other stuff because we spent  $150 which was all the cash we’d brought out of the safe with us.  (For those worrying,  we used travellers cheques and no-one batted an eye).

As we go to leave Walmart,  I realise we will be using the ‘just in case’ poncho’s sooner than I’d anticipated.   It’s absolutely chucking it down.   This is not in my plan.   We decided to stick with our plans,  and we head to Epcot.   I’m not sure if we are doing the right thing,  or if we should cut our loses and do something else as the rain is so heavy and it looks like it’s set in for the day. 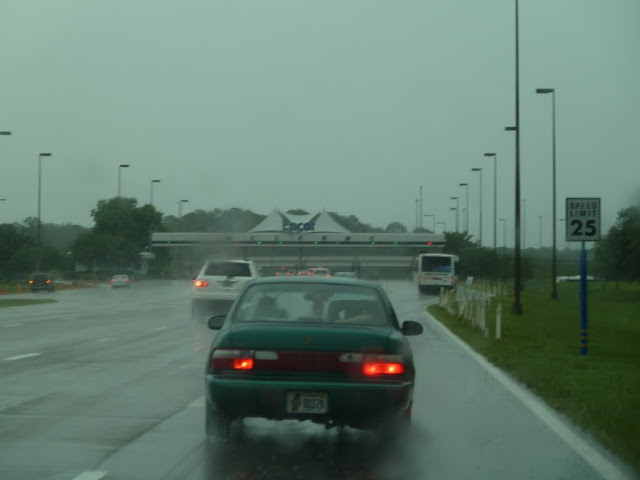 When we get to Epcot,  we get to park really close to the front of the lot.  Obviously,  everyone else has been put off by the rain.   We decide to pose for a wet drippy photopass picture in front of Spaceship Earth.  I don’t think it will be making the cover of the album,   but it was the first park of our holiday and so we wanted a photo.   Then it was straight into Spaceship Earth.  Mainly because it was close and undercover.   There was a bit of a queue for Spaceship Earth,  I imagine everyone else was having the same idea,  but we were quickly on board and Judi Dench started to take us on a trip through history.    We had just made it to the Greek period when our time machine got stuck.    We were sat in the same spot for quite a while,  long enough for this poor Greek to collapse before our very eyes. I’m not entirely sure what happened, but all the figures started to switch off and sink to the ground,  it was really quite creepy.    Eventually Dame Judi rebooted our time travel device and we set off back though time and space.

After Spaceship Earth,  Molly fancied Kim Possible,  so we went into one of the Innoventions buildings to get a Fast Pass,  and looked at some activities about Storm’s.   Thank goodness we don’t have to worry about Tornados, Hurricanes, and Typhoon’s at home.   We might get  a lot of rain,  but I’ve never felt the house would actually blow away.

On our way out,  we saw the coaster simulator ride ‘Sum of all Thrills’,    its not my thing but it did look quite impressive.

We left out the back door of Innovations,  and found ourselves outside of Ellen’s Energy Adventure.    I have ridden this once when Katie was tiny,  but we’ve never ridden it as a family,  mainly because it’s tucked away at the side of the park,   but also because it has some dinosaurs in it and when Katie was tiny she didn’t like things like dinosaurs.

I suggest we ride it,  and then say something stupid, ‘I am sure we’re all old enough not to be scared now’,   at which point Katie decides to be scared.   Katie is 13,  and the dinosaurs on this ride do not jump out at you,  or attack you,  they are simply there.   I try and tell her that it’s not actually scary,  but once she’s decided to be scared she’s pretty irrational.    We stand watching the pre-show and she’s giving me the evil eye,  and crying a little.   I feel quite mean,  but I know my daughter well enough to know that she won’t be scared of the actual dinosaurs,  she’s just scared of the idea of them,  and she will refuse to do almost anything new, and then always loves it once she’s tried it.      We get into the cinema area and she is really not very happy.  Eventually,  the car starts moving and she sees the dinosaur.   ‘Is that it?’  she asks me. ‘He’s quite cute.’  After that she relaxes and enjoys the rest of the show.

I really want to get her to ride Haunted Mansion this trip,   but I know we will have this same scenario,  and since HM is somewhat scary in the stretching room,  I know I will never get her past that scene to the actual ride which she will enjoy.

We leave Ellen’s,  and the rain is starting to clear up.

It’s 11:30  and we’ve got lunch in Japan at 12:00 so we head around to the Japanese pavilion and arrive about 10 minutes early.    Whilst we are waiting to be seated,  all the waitresses and chef’s come out and they do a little opening ceremony.    Everyone bows a lot. 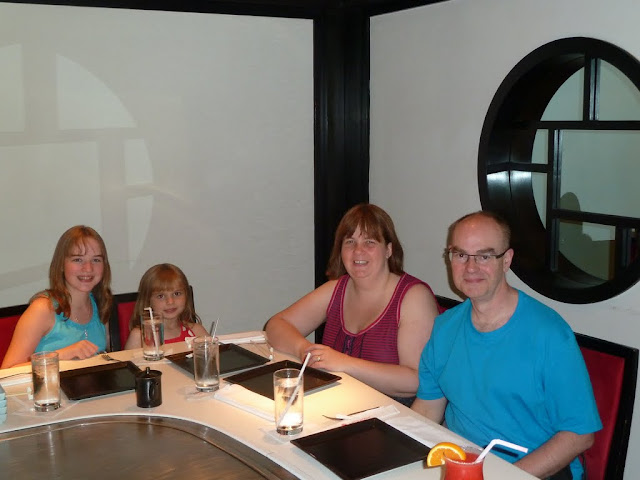 We are seating in the restaurant with a family from Canada.  They are actually French speaking Canadians and it’s their first trip to Disney.

We have a lovely meal,  with a chef called ‘Hero’ who prepares our food for us, with a bit of a show.   The girls both have chicken,  I have chicken and shrimp and Phil has swordfish.  For those paying attention,  that’s 2 seafood meals so far,  and Phil claims not to like Seafood…..

This is one of the better options for a kids menu,  as they have exactly the same as the adults.

For dessert,  I have a green tea pudding which is like a green creme brulee.  It was very nice,  and not too heavy.     We are already noticing that there are too many desserts on the dining plan.   We don’t normally have dessert twice a day at home!

We emerge from the arctic cold of the restaurant,  and the rain has completely dried up and it’s now really hot.   It’s a welcome relief from the cold restaurant,  but it doesn’t take to long before we are really feeling the heat.  You know how it is,  we’re never happy with the weather.

We go around to Italy and pick up the Kim Possible communicators.     We are sent on a mission in Germany.   Phil and I sit on a bench and relax whilst the kids do the mission themselves.   They come to us when they get stuck on a clue.   There is a train in a shop and they are supposed to enter some numbers that are on the train,  only there aren’t any numbers on the train.   We look and look,  and see lots of other kids looking as well.  No one can figure it out.    We have to skip the clue in the end,  as we just can’t work it out.

They finish the Germany mission and decide to do another one in China.  Again,  we sit and they answer the questions.   Unfortunately,  half way around their communicator goes flat.   They are quite disappointed as the Kim Possible adventure had been one of the highlights on our last trip,  and neither of todays missions have gone very well.

After our aborted Missions,  we stumble upon Donald and Molly is determined to start her autograph collection.   (I had hoped after 8 trips we were done with autographs,  but apparently not).  Hopefully, the photopass photographer took one of their faces,  I seem to have failed in that mission. 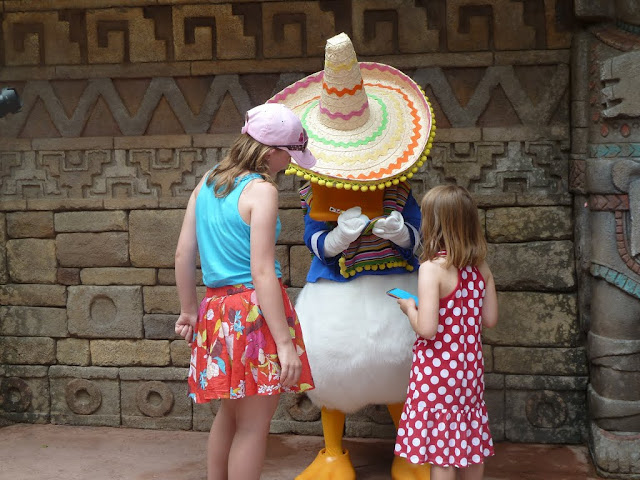 It’s about 2pm by the time,  and we are starting to flag,  with our long day yesterday.   I suggest leaving the park, but they are desperate to try and get on Soarin.   I am fairly sure we won’t be able to get on,  but we walk over and take a look.    As expected,  the Standby line is 85 minutes long,  and fast passes are for return after 8:30pm.

I really don’t know why anyone would get in an 85 minute long line.   I love Soarin’,  but not that much.    It sets me thinking,  how do lines get to 2 or 3 hours long.  Surely once it says 2 hours,  no one would join the queue to push it up to 3 hours?   What is the most it can possibly get too?  If it says 4 hours will people still join the queue?    Whilst I am pondering this,  we walk over to The Land which has the opposite scenario.  The line says 10 minutes but in actual fact there is no queue and we walk straight on.

After the Land,  we head out of the park.   We are still quite jet-lagged and whilst we haven’t done a huge amount in the park,  we’ve had enough for today.    We drive back to our hotel room,  via the Magic Kingdom gates and Fort Wilderness…..      Phil drives,  I am supposed to navigate,  but on this occasion I didn’t quite manage it.

Back at OKW,  we decide to go swimming and Molly is determined that we are going to the big pool and not the quiet pool.   It’s definitely not the quiet pool as when we get there, they are playing party songs and doing dancing in the pool.   I am not a big fan of the Macarena at the best of times.

It’s very refreshing in the pool,  and the kids like the slide which seems quite intense, they come flying off of it at some great speed.    After we’ve cooled off,  we go back and change.  Whilst we are getting ready,  my DD is in the bathroom doing her hair.   She is fussing on for ages,  so I go in to help her,  and she’s quite cross as she can’t get it just right.      This wouldn’t be a problem really,  except this isn’t my 13 year old DD,  this is my 7 year old DD.    She is going to be a nightmare when she’s a teenager!

One of the downsides of OKW, is there really isn’t much in the way of a food court.  There’s a take-away stand that sells burgers but that’s it.   So,  we go to Coronado Springs and eat in their food court,  which is  very nice.  They are quite strict here about pointing out that Molly is a child and must eat off the kids menu,  which is fair enough but it ‘s pretty uninspired standard kids fare.  However,  she decides she wants some Mac and Cheese,  and since it’s not something we eat that often at home,  I think she thinks it’s a gourmet treat.    Katie has Quesadillas.  I dither for so long that Molly has finished eating before I decide,  and I end up with Fajita’s,  and Phil has a burger in a scarily yellow bun.

We are all stuffed after dinner,  but we qualify for dessert as well.   No one wants dessert,  but we’re not wasting a credit,  so we waddle over to the dessert counter to choose something.  Once there, we discover we can have Danish’s, and Cinnamon rolls for dessert,   so we hatch a plan and all choose something for tomorrow’s breakfast.   Molly has already had her dessert (it was a cookie that came with her meal),  but we pick her up something anyway  and it turns out we can use a snack credit for her muffin.

After dinner,  it’s back to OKW (and no un-necessary detours this time) and then everyone’s ready for bed. 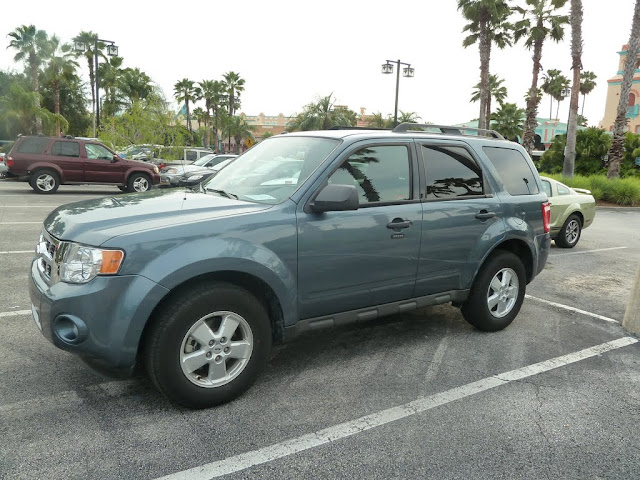 4 thoughts on “Princesses, Potions and it’s Pissing it down.”