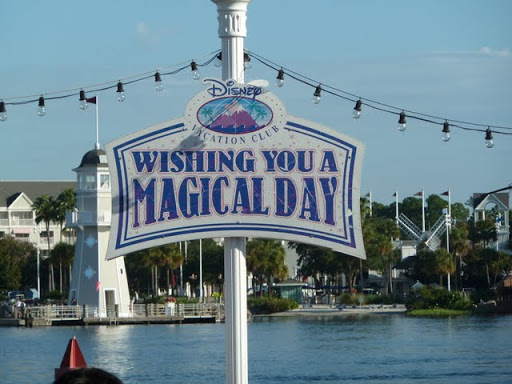 Our mission for today is to arrive at MGM nice and early and get onto Toy Story before the crowds build up. 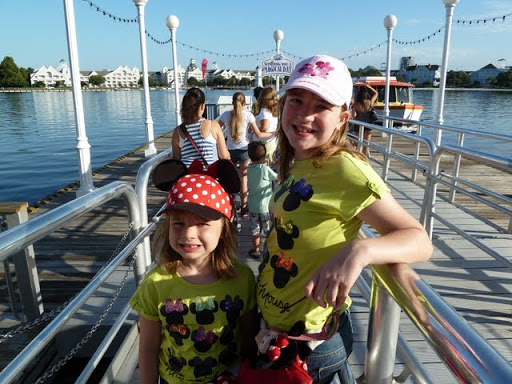 We get on the boat nice and early and get to the Studios just before 9.   They let us into the park,  and we have to wait a few minutes for the park to officially open and then we are off.  It’s packed! 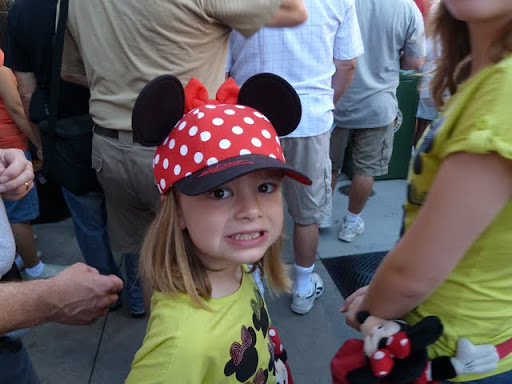 We are held to a brisk walk,  but we head off at speed towards the ride,    as we get near they are the line for Fast Pass is halfway down the street.   We have a quick debate and decide to just go for the standby line rather than spend 20 minutes getting a Fastpass.    The line shows 25 minutes when we join,  and as we are standing there we just watch it go up and up,  it’s over 45 minutes as we actually enter the building. 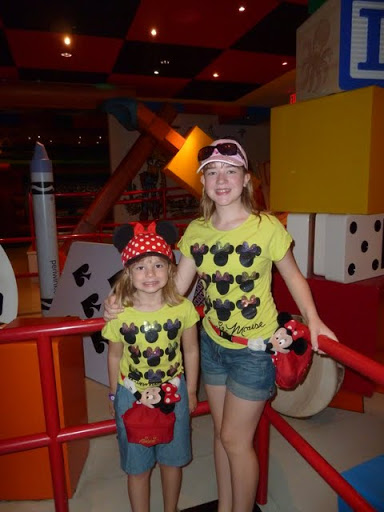 We’ve not been through the standby queue before as we’ve always used Fastpass,  so there’s quite a lot to look at which means the queue doesn’t feel too bad.   There’s a Mr Potato Head halfway around who is chatting with the crowd. 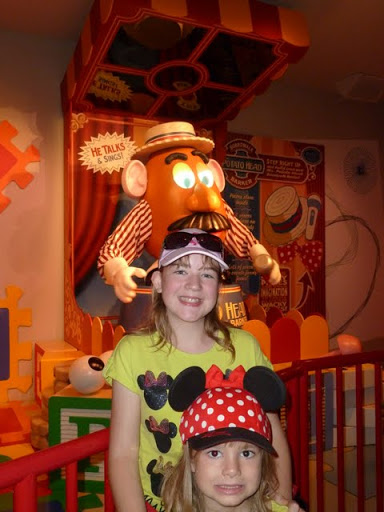 I can’t decide if he’s interactive or just running on a loop. 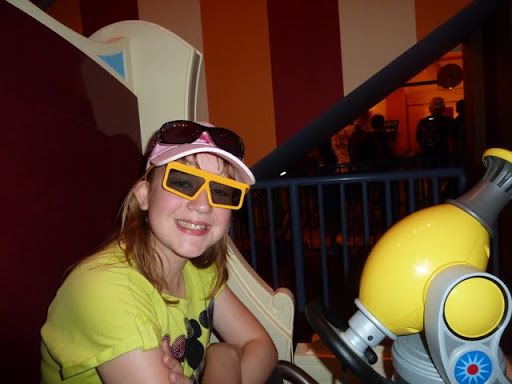 We check the time and it’s exactly 25 minutes when we board the ride,  so we are quite happy with that result.     The ride is good fun,  Katie and I both win a rabbit 🙂   We get fastpasses as we leave the ride,  no queue for fastpass now, but the return time has gone to 3pm and it’s only 9:30am.

Quite pleased with ourselves for achieving this without a 100 minute wait.

Our next stop is the Narnia show.  We’ve never been in here before as I’ve not heard great things,  but Katie had just read all of the Narnia books and they have seen all the films,  so they want to take a look.   OK,  I will admit, it’s not the best attraction I’ve ever been in,  but for a fan, it’s ok, and they like looking at the costumes.

Molly has started collecting pressed pennies,  so she stops to buy a book to save them in,  and then we go into the Art of Animation.   We want to meet Mickey,  and draw a character.   Mickey is quite quiet so we quickly get a picture 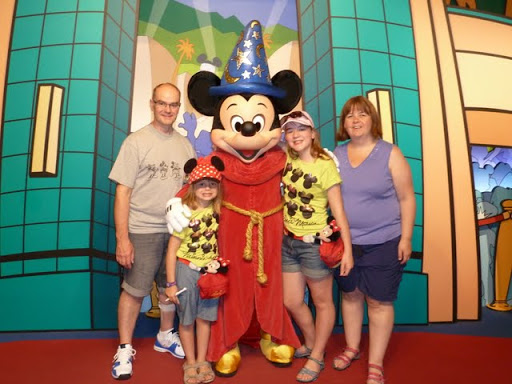 and then we go through to wait for the Animation class.   Whilst we are sat waiting,  we talk to the guy sitting next to us about the Writers Stop,  and he recommends the Carrot Cake cookies.    I find out later that evening that it’s a Dibber.  It really is a small world 🙂 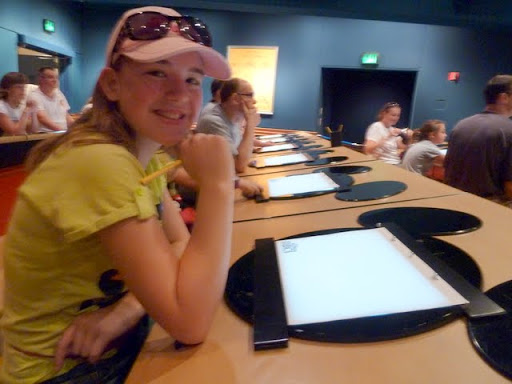 Our Animation class is to draw Daisy Duck,  and we do ok, ish.   I am a very reluctant drawer and find it quite nerve wracking but the end result is vaguely recognisable as Daisy.  Phil and Katie are pretty good artists, and there Ducks are most definitely Daisies.

We are heading for the Writer’s stop for that carrot cake cookie,  when we get a text to say our friends our in the Indiana Jones show,  so we take a detour over there.   It’s quite a few years since we did this show,  and it’s quite impressive. 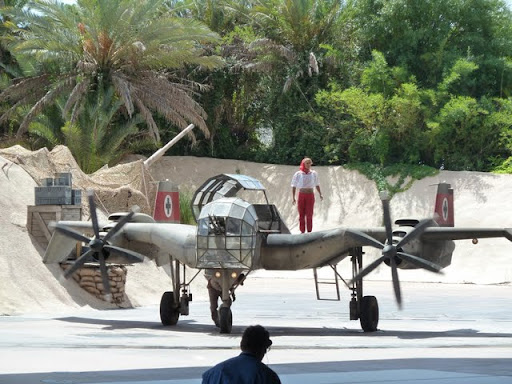 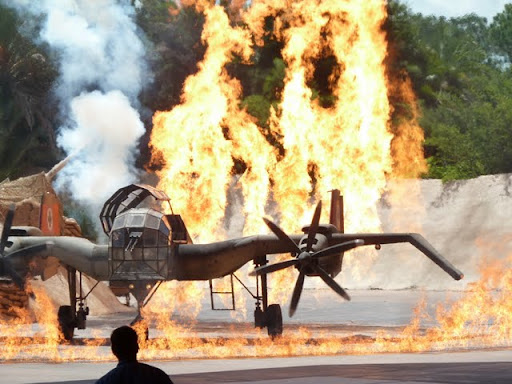 It’s very hot when we come out of the show,  and I am still thinking about carrot cake cookies,  so we head to the Writers stop for a cookie before Lights, Motors Action.    We have the cookies and a frozen cappuchino.  This is a nice little spot, but there is very little seating,  so we have to stand whilst we eat.

After our break,  we walk over to Lights, Motors, Action and we manage to get a good seat right right in the middle, front and centre of the theatre. 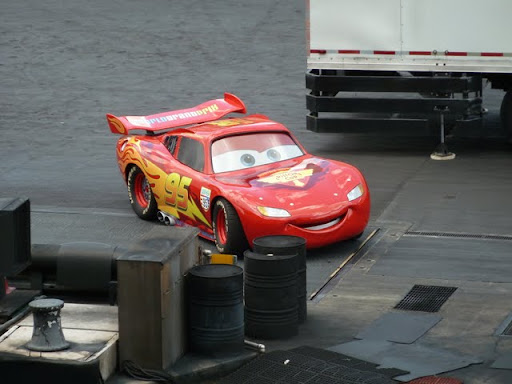 It’s very hot in the theatre,  and by the time we leave, I’m not feeling all that great.    We walk down to get some lunch by the Tower of Terror.  The kids meet some green army men on the way, 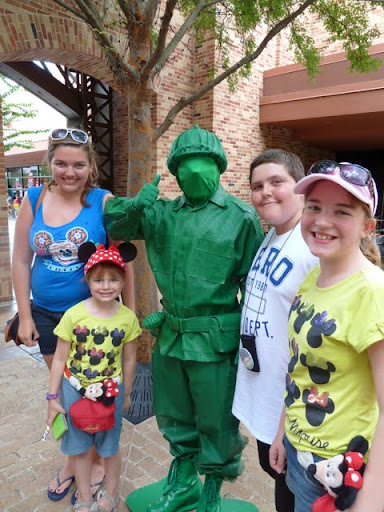 Molly and I share a pizza and salad, and Phil and Katie get burgers.   The burger stand is very busy and we’ve just about finished before they get their burgers.

Katie really wants to watch the parade,  so we walk up there,   it’s already underway  but they manage to see some of it.   Whilst they are watching I decide I’ve had enough,   and I tell them I will see them later.    I leave them watching the parade, and walk out of the park and down to the Boat dock.  There’s a boat pulling in just as I arrive,  and I take it back to the Swan/Dolphin.  It’s actually quicker to get off at the Swan/Dolphin and walk back to the Boardwalk,  than it is to wait for the boat to get to the Boardwalk.     I start to feel better once I get back into the room,  and decide just to go to bed for an hour and see how I feel.

When I wake up,  it’s nearly 7pm,  and I’m not sure where Phil and the kids are,  I thought they’d only be an hour or so behind me.   I give them a quick ring, and they tell me they have just got into the hotel,  just in time too as the heavens are starting to open.

Phil and the kids had watched the parade and then the Beauty and the Beast show.    The fastpasses for Toy Story were valid,  so they had another ride on Toy Story Mania  and also did a backlot tour. 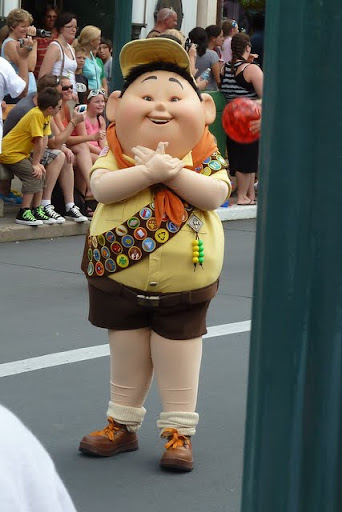 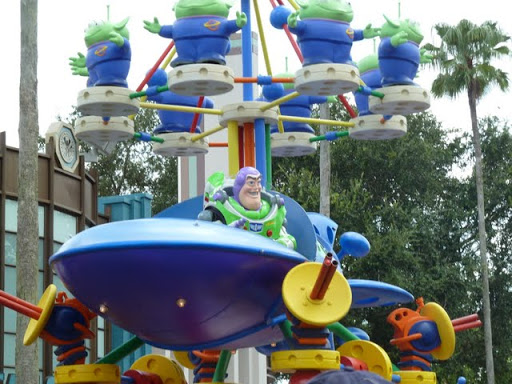 After my sleep,  I’m feeling a bit better so we decide to go out for some dinner to Sweet Tomatoes.

By the time we are in the car and heading out, the storm is enormous and really if we’d had any sense we would have stayed in our room and got some pizza,   but apparently we have no sense as we find ourselves driving through the most horrendous storm I’ve ever seen.    We crawl along at a snail’s pace,  and eventually make it to Sweet Tomatoes.   Phil drops us right at the door but we are still pretty much soaked just running inside,  and of course the air conditioning is on full blast so we are freezing.

Other than the chill,  we like Sweet Tomatoes.   It’s a massive salad bar followed by all you can pizza, jacket potatoes, soups, pastas etc.  Its Katie’s favourite place, and we all enjoy the meal.    As we are finishing our meal, they are starting to close up, and one of the waitresses comes over and gives us all a big bag of free cookies.

When we leave the restaurant,  the rain has eased up, and it’s a much more pleasant drive home.    Walking back through the Boardwalk lobby,  they’ve moved the entertainers into the lobby due to the rain, and we catch the tail end of a magician’s show.   I didn’t see the whole thing,  but the guy whose card was fine was very impressive,  he kept saying ‘Did you see that?’  Can you believe it?  How did he do that,  etc. I wish I’d seen the whole thing to be honest.