Just another lazy day at the beach.    We slept in,  had breakfast in the hotel – which was pretty good,  make your own waffles,  sausages, eggs, bagels, etc.

Then it was down to the beach for a few hours.     The tide was right out and it was very shallow.    I read my book and the kids were in and out of the water and the hotel pool.   There were quite a few surfers out so we watched them practising. 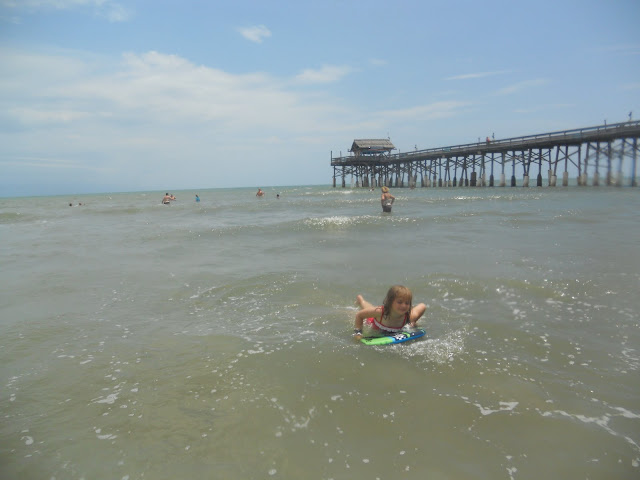 About 11:30 we decided we needed to get out of the sun,  so we went in,  got changed and went up to the Mall for some lunch and a few supplies for the cruise.  Molly needed some smart shoes and I’m running short of clothes so I picked up a t-shirt.   We had a chick-fil-a in the food court  and then it was back to the hotel and the beach.

The tide was in now and the surf was high so there were a lot more surfers on the beach.   Molly had a good attempt at boogie boarding and the kids were jumping the waves.  Nicola was admiring the surfer dudes.

We decided to move up to the pool after a while and the kids have a swim in the pool.   We have a drink from the bar and just relax in the sun.     Nothing really to report, but it’s all very pleasant.

We decide to go in and change, and meet up later for a walk along the pier. 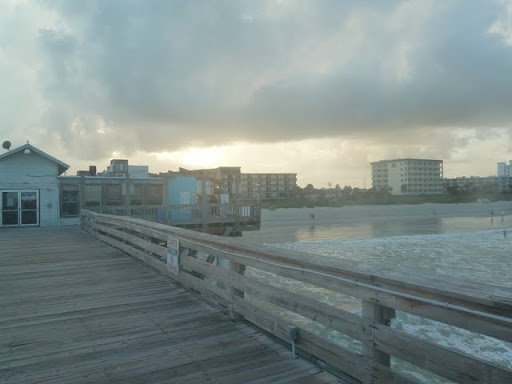 The pier is right next to our hotel so it’s just a short walk along the sand to get there.   It’s a real old Boardwalk,  not like the Disneyfied version we were staying at last week.   It’s got restaurants along it, and a bar at the end.    We all walk out to the end,   and Phil and Dave had a beer at the end.   Nicola is happy watching the surfers,  but the rest of us aren’t that keen on the way the pier moves with the waves so we decided to head back towards the shore.  I am  happy enough when we are near the shore but I didn’t like it at the end at all. 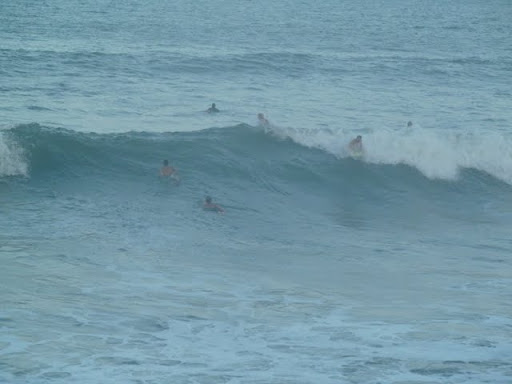 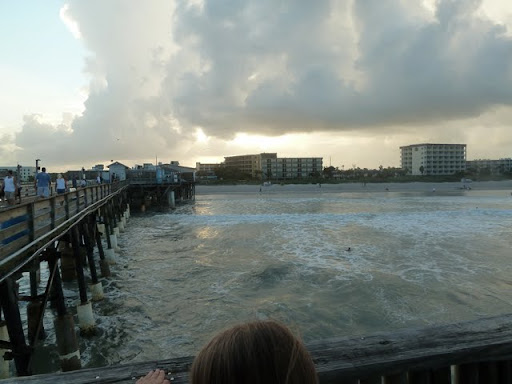 We decide to walk up to the main road and find somewhere to eat.   There is a diner near our hotel which looks good,  so we eat in there.   it’s mostly seafood and the kids are really wanting some British food,    Katie is craving a pie.  And I don’t mean Key Lime.    Poor Molly has had junk food nearly every night for 2 weeks,   I really hope she can get something decent to eat on the ship as she’s ready for some veggies I think.   Anyway,  the restaurant is pretty good but none of us are wanting a huge meal,  so we order appetisers for dinner.   I have some crabcakes,  Katie had potato skins, Phil has a roast beef sandwich and Molly has a burger.

All these lazing around is exhausting,   so after dinner we just head straight unto bed.   We’ve got a big day tomorrow,   we’ve got a cruise to catch and a hurricane to dodge.

Hopefully there will be no more posts until Sunday.    Fingers crossed 🙂