We had a pretty lazy start to the day,  Phil and Molly went swimming.  I wrote my trip report, and Katie spent some time on her iPhone.   We were having a none park day today,  as we have 10 day tickets,  so we need to have 3 days where we don’t visit a park.

We headed to Target for our first stop of the day

We love Target, which amuses my mum as when we lived in the USA we weren’t massive fans of it.

Molly fancied a backpack,  so we had a look at those,  but nothing really seemed right.  We bought a few groceries but not a great deal and spent $80.   I have to say I think groceries are more expensive over here than they are at home.

By now it was lunch time,   and someone suggested Panera Bread,   so we headed for the Loop and found Panera.   The girls had tomato soup,  Phil had a salad, and I had clam chowder and a turkey sandwich.  It was very nice and eaten so quickly we didn’t take a photo.    I had registered with Panera Bread earlier in the week,  so we had a coupon for a free dessert as well, which is always nice

Old Navy is next door to Panera Bread, so we popped in there and had a mooch,    Some days I can buy loads in here, but I wasn’t so inspired today.   Katie found a nice denim jacket though,  so she was pleased with that.   We also visited Michaels where Molly found lots of loom bands, including a bright green loom band storage box which she was very excited about.

She bought some glow in the dark bands which have also proved to be extremely exciting.

We hadn’t done a huge amount of shopping,  but I don’t think we were in the right frame of mind,  so we decided to head to Downtown Disney as we wanted to buy some tickets to La Nouba.   Molly has been asking all year if we could go and see the show,   and they had a sale on for the 15th anniversary so we decided to go next week.

It took a little while to buy the tickets as the cheque machine kept eating my travellers check,  I was getting a little worried about what would happen if it was actually destroyed in the machine but eventually they managed to get it through and we got our tickets.

We decided to walk through from West Side to the Marketplace.   The girls did a spot of shopping,  Katie bought a vinylmation for her friend,   and Molly bought a few surprises for her friends too.

We went in this lovely candy shop, where they were making amazing looking candy apples.  Not something I actually like, but they were very clever. 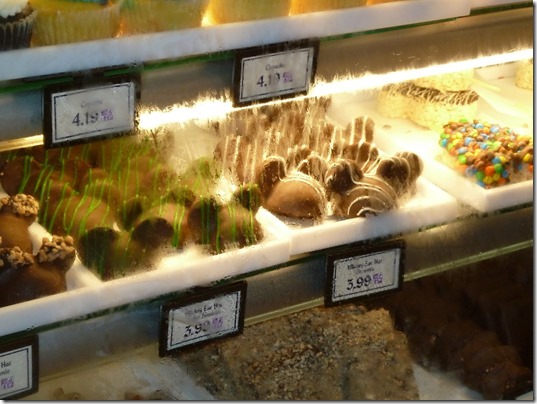 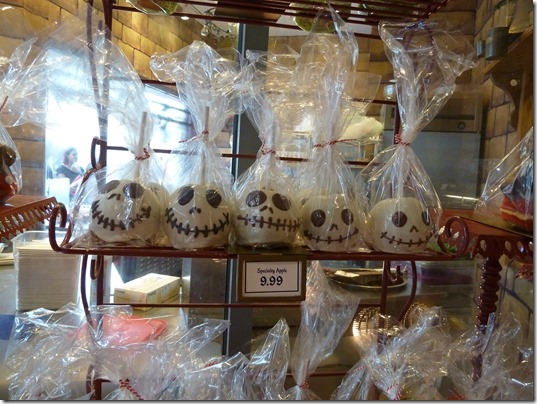 there is quite a lot of construction between Westside and Marketplace,  but it looks like it’s going to be very impressive when it’s done.  Over at the Marketplace,  we did yet more shopping,  Molly wanted some earrings, and Phil fancied a watch,   then Molly spotted a backpack she really liked,  it was an offer if you spent $40 you could buy the backpack for $20 which meant it was cheaper than the ones she’d seen in Target,  and she preferred it,  so that was the decision made.

We had a brief look through the  Basin shop, and then headed back to the car.   It was quite a long way back,  so we decided to take the boat which was a great decision with tired feet. 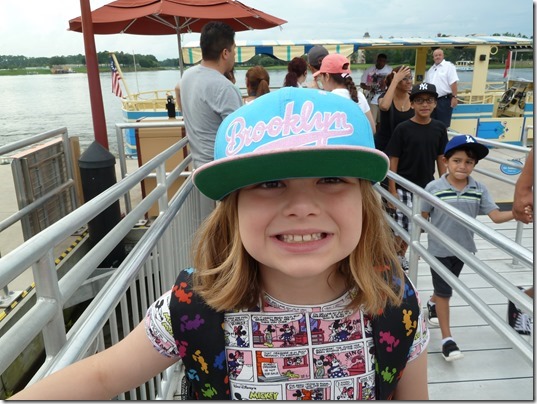 (You can see the straps of the new backpack here)

Back at the hotel,   we had a wee rest  and then it was getting late so we decided to go downstairs to the Mara food court from some tea.   Once again no photos,  not doing very well with food photos today.   Katie and Phil had chicken pita breads,  Molly had a chicken salad, and I had a flatbread.  It was very nice,  and we got some zebra domes to share for after.

As we headed back up to the room, we spotted some wildlife,  so we went out onto one of the lookouts to try and take some photos,  unfortunately it was getting dark and I couldn’t really manage.

Back up in the room, I got out my tripod to try again.   unfortunately, the giraffe didn’t heed my instructions to stand still. 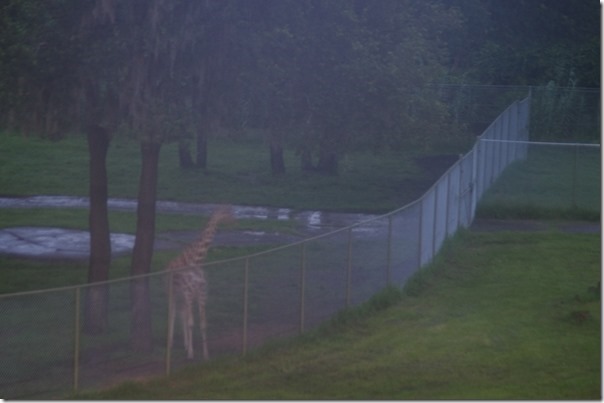 3 thoughts on “Back to the Magic, Day 3, Shopping and stuff”