Today the plan was to do as little as possible.   I knew we would be tired,  and our Disney park tickets don’t start until next week,  so we were planning on swimming and maybe a visit to Disney Springs.  I’d read often that Saratoga is dead handy for Disney Springs,  just a short walk.  But more on that later….

We slept late,  which was good.  I think the late night sorted out our jetlag,  and we didn’t really rise until about 9.   We didn’t have any food in the room, so we decided to walk to the resort shop and get something for breakfast.   We decided on bagels and cream cheese,   and brought them back to the room where we toasted them and sat out on our patio to enjoy and al fresco breakfast.  Briefly.  there seem to be a lot of mosquitos,  possibly due to the lake,  so we quickly retreated inside. 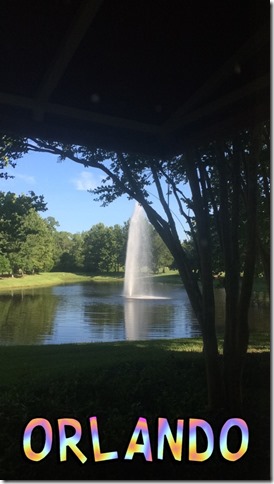 After breakfast, we walked over to the pool which is on the other side of the Grandstand area.   It’s just across the carpark but the carpark is vast.      This was the quiet pool but it was great.   We had a swim,  I read my book,  Katie did some art.

It was quite relaxing but very hot,  we were of course there at the hottest part of the day,  and while Mickey bars are a great help,  eventually we just had to escape the heat. 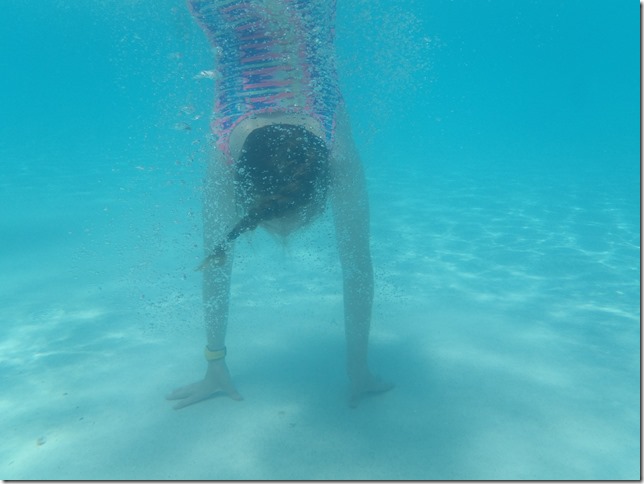 We walked back to our room, and changed to head to Disney Springs for some shopping and tea.   We thought we would get the boat to the WestSide and then walk around to the Marketplace and get the bus back…. Well, that’s what we thought.

When we had walked to the boat (which isn’t far but isn’t close either),   it had just stopped running due to lightening.  The boat driver said we could just walk across the bridge and we’d be at the West Side,  so that’s what we did.   We walked briskly towards the Shops as it was just starting to rain, and sometimes in Florida that can mean a deluge any second.   Luckily, we didn’t get soaked but we didn’t know that and so we were walking quickly and under as many shelters as possible.    We went straight through the WestSide to the new Disney Springs area (I think it’s called Town Centre).  I’d picked out D-Luxe burger, Blaze Pizza or Polite Pig as optis,   but we spotted the D-Luxe Burger first so we went straight in there.   We never did get soaked,  it rained on and off but we managed to keep mostly dry.

The burgers were very good but big,  noone managed to finish. 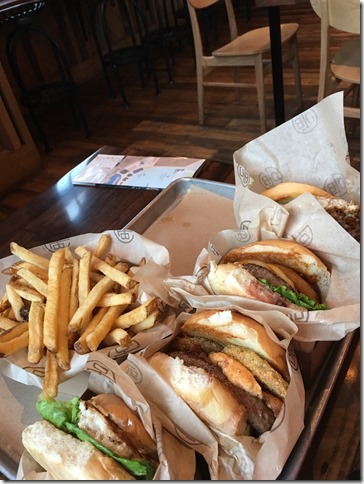 After Dinner,  we walked though to the Marketplace,  we didn’t see much of the new area (although we liked a Disney home shop,  and I walked into Kiehls,   spotted the prices and walked out again).      We went into the Disney Shop,  and Molly found a ring  she wanted.   As she was paying we asked about DVC discount.  This used to be in select shops, but it seems much more widespread this year.   She asked for my DVC card which I produced  and I realised I’d brought my old card. I’ve got a new one but Id obviously seen DVC card in my purse and assumed I had it.   Anyway,  she wouldn’t accept it,   but she said the DVC centre could give us an electronic one.    We went over to talk to them, and they directed us to the DVC website where I was able to download an electronic card and screen shot it,  and then the lady in the store was quite happy to accept that. 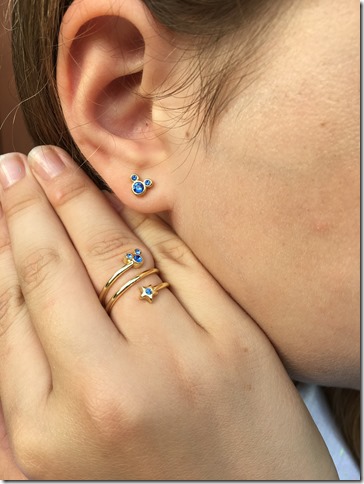 Katie wanted to go into the new dress shop,  I think it’s called Cherry Tree Lane.    She had seen it online earlier in the year and decided she wanted to buy a dress.    She tried on quite a few but there were very few medium dresses in stock,  lots of larger sizes, and some extra smalls.

She really wanted the Tiki Room dress but it was too big. 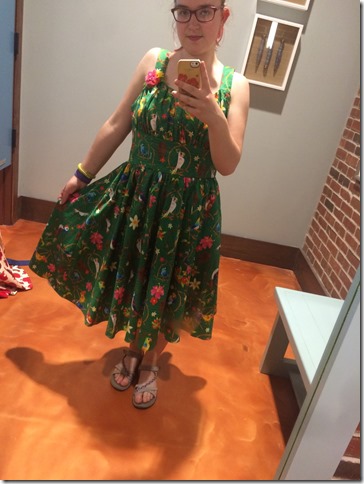 We will have to pop back next week and hope that some have come in.

We had a little wander through Goofys candy store,   looking for a snack for later but nothing really appealed and then we were ready to head back to SSR.  However,  the bus stop has moved and is now in the middle of Disney Springs  and we were at the end near the bridge so it seemed silly to walk back for the bus,  so we walked over the bridge to Congress Park,  and then back to the far side of the Grandstand area,  which is about a mile.   So, I think in the end,  we walked about 3 miles,  which was not really on the plan for our easy day! 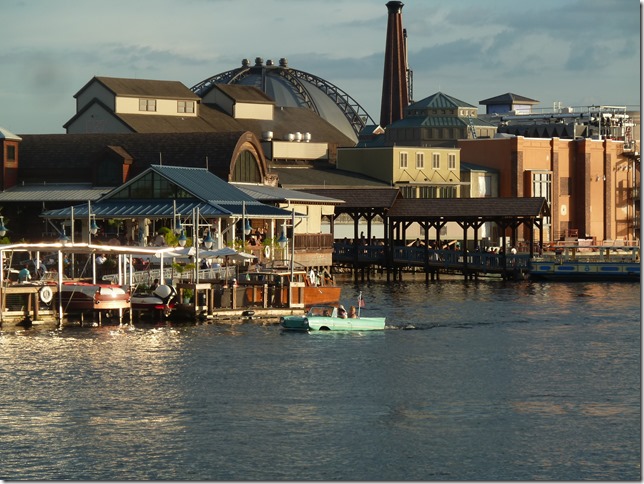 One thought on “Day 4–Chilling, and then a long walk”