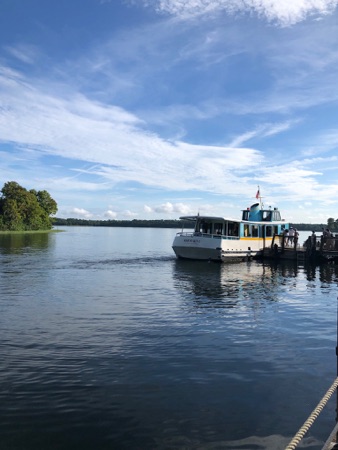 We had some fast passes for magic kingdom and after the insane queues of earlier in the week we decided to get there early. We walked over to the boat dock just before 9, and the boat was just arriving. We were pleased to get a seat without a wait. It was a good omen for the day.. 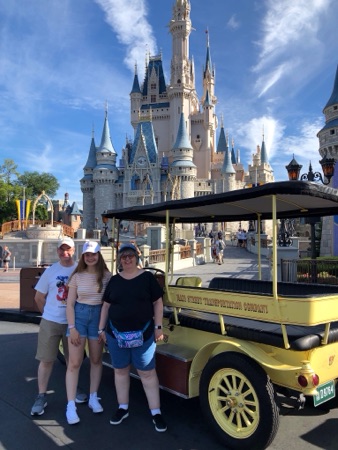 We got to the park on the boat, and as we entered this lovely car stopped. We asked if she was free and the driver was and drove us up Main Street. This was quite slow as pedestrians just walked in front of the car so she had to take it very slowly but it was a novel treat.

After our trip up Main Street we walked around to Big Thunder and fortunately no 50 minute queues today. We were straight on with our fastpass and I used the DIBB trick to bring our next fastpass forward by half an hour. Big Thunder was only running one track which I think is why the queues were so long.

When we got off Splash was showing 10 minutes so we decided we could wait. 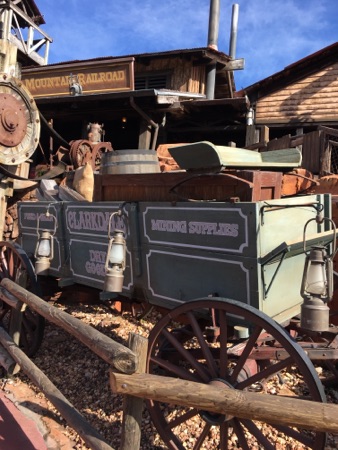 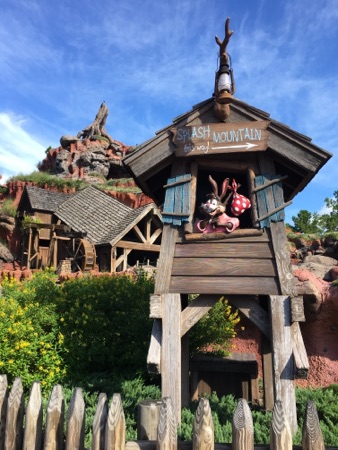 As we approached the entrance it went down to 5 minutes. Perfect.

We walked more or less straight on and got absolutely soaked on the ride. Earlier In The week I’d escaped the wet but today we were all drenched. 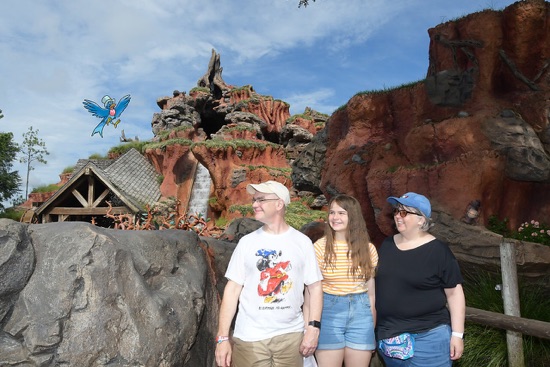 We were now able to walk straight over to pirates where we got splashed again. I was now very wet. And of course wearing denim… 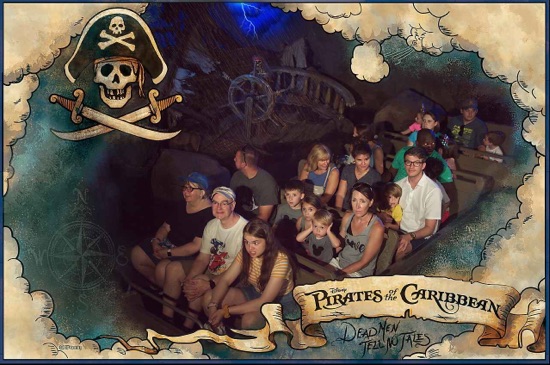 (Check out Mollys face, No I have no idea… )

I’d again managed to move our Buzz fastpass earlier. So we started to walk over there. But just as we passed the castle the stage show started, so we stopped and watched for a little while. 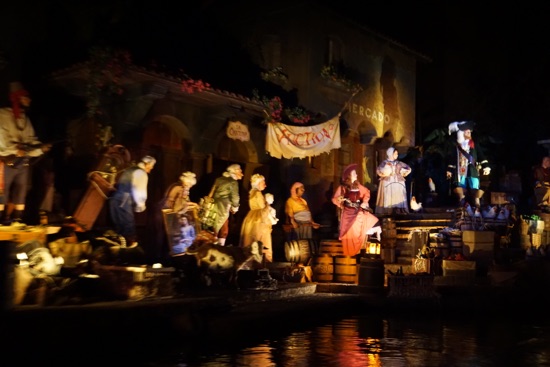 We stopped and watched the show and this nicely took us to our time for Buzz.
We had now done our three fast passes so I started to look for more, and managed to get Goofys Barnstormer for 30 minutes later.
We came off Buzz and went on Carousel of Progress. 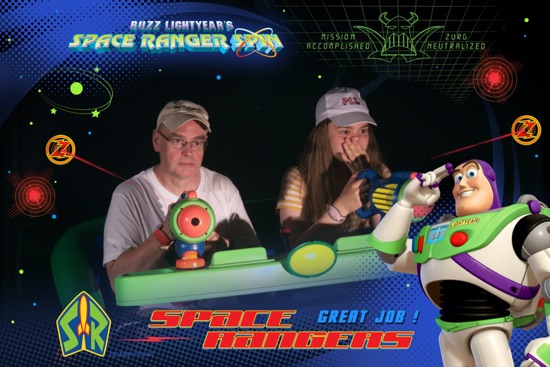 After carousel of progress we walked round to Goofys Barnstormer. This is the shortest ride ever and definitely not worth a long wait. But great if you can walk straight on, In the queue I picked up a Dumbo fastpass for the current time. How is that possible? So we were straight off Goofy 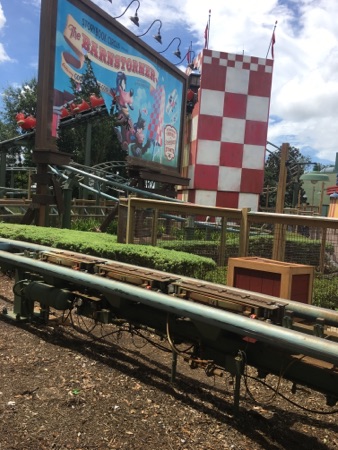 And straight onto Dumbo

We were starting to think it was time to go, but the fastpasses kept coming. I got one final one for Under the Sea 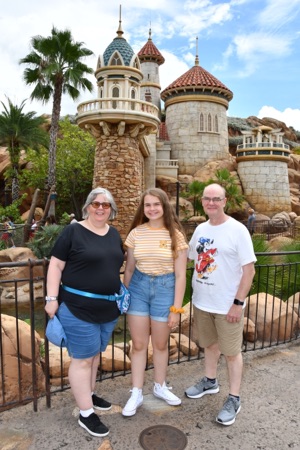 And then we decided to get an Orange float from Sunshine Tree and head out. 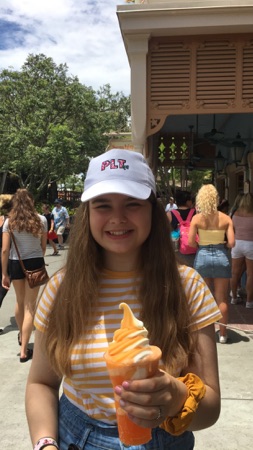 We were pretty pleased with ourselves, it was 1pm and we had pretty much walked from Ride to ride all morning. Getting on 8 rides and watching 1 show.

We got the boat back to Copper creek and had some lunch in our room.

We then went round to the was pool for a few hours and eventually dragged ourselves out of the pool, and got ready to go out for tea. 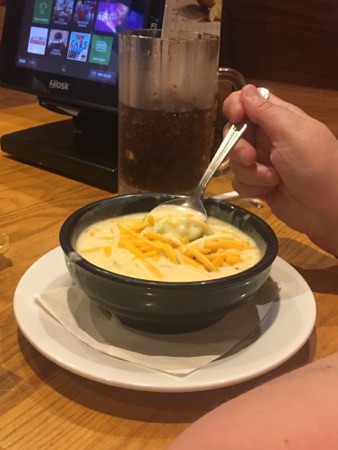 We went to Chilis for tea, Via a bit of a circuitous route as we missed a turning. Obviously no voices were raised in the car…

I had baked potato soup which was delicious. But really filling so I couldn’t finish my quesadillas, Phil and Molly were more sensible and had salad to start.

We took a much shorter route back to the hotel. You can get from wilderness lodge to palm parkway by going past the wilderness cabins and then past some Disney offices and it’s very quick, Much shorter than following the official signposts to leave property by Disney springs.

Of course, we discovered this yesterday as we are moving go the boardwalk soon, but it’s a handy tip anyway.