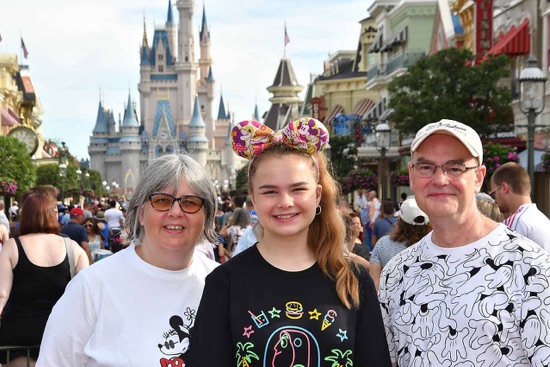 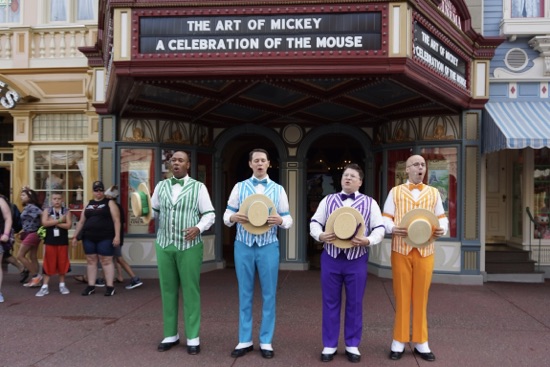 It’s out last day so we make a big effort to get up and out to the park early. We are walking up Main Street at 9am and stop for a quick photo. 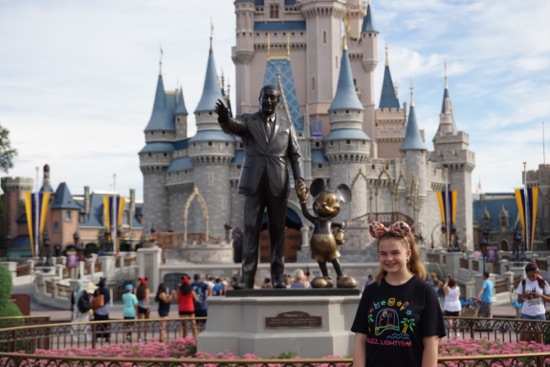 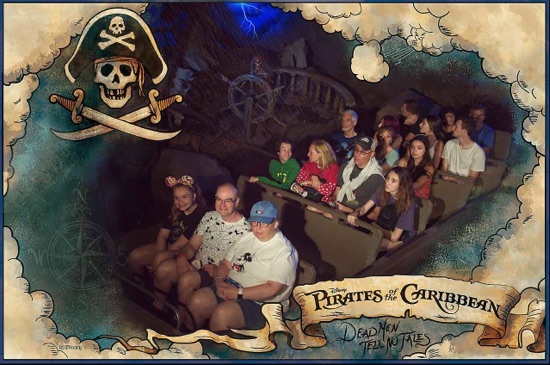 Our first fastpass is for Splash but on our way we passed Jungle Cruise with a 5 minute wait. I quite fancied this but as we got in the queue it went up to 10 and then 20, so we decided not to bother.

We then passed Pirates which was showing 10 so we went in and it was a complete walk on. No queue at all. 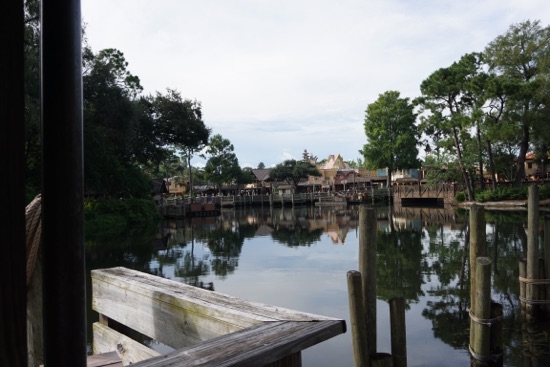 After pirates we walk around to Sash and notice there is no queue for Big Thunder. I decide not to ride so Molly and Phil are straight on and I sat at the dock in a rocking chair and marvelled at how peaceful it was in one of the busiest places in the world. 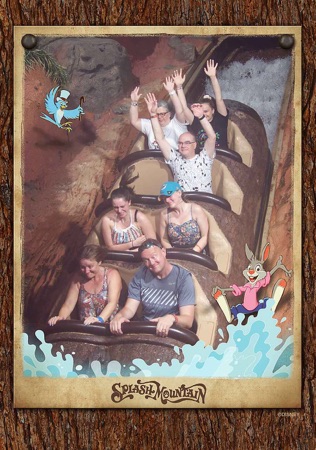 Next up was Splash and we had fastpasses but there was very little queue. With the fastpass we walked straight on. My goal for Splash was to stay dry. Possibly a foolish hope but it was early in the day and I didn’t want to be wet all day. We were seated in the back and our seats were dry so we were pretty optimistic.

It was quite a strange ride as it kept stopping and we ended up in a traffic jam to go down the big drop. We made it down without getting too wet and were feeling pretty pleased and then we got stopped in a traffic jam just next to a huge waterfall. I was pushed so far over into Molly’s seat to stay out of the water. They switched it off eventually as we were waiting a little while.

Miraculously we did get round without getting particularly wet. I thought that was a great result. 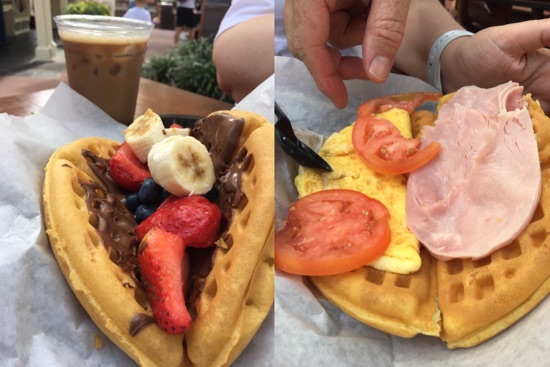 We were getting a little peckish now. And I have had these waffles on my list for ages and we keep forgetting about them. So we went to Sleepy Hollow and got a couple of waffles and iced coffee and then sat behind the Christmas shop. It’s a nice quiet spot back here and we enjoyed a little break.

I had an idea that I wanted to see the Hall of presidents. We did it once before. Any years ago and I remember thinking it was better than I had expected.

We went in and there was about a 15 minute wait and then they announced it had gone down and the show was cancelled so we had to come out. 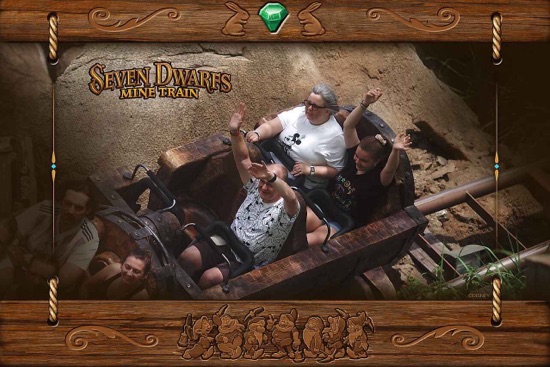 It was now almost time for 7 dwarves mine train. We walked around and scanned our bands but we were a few moments early however we were allowed to enter anyway.
This is a good little coaster but the seats are very small. One of the few rides in disney where I find it uncomfortable to fit. I squeezed in though and we enjoyed the ride. Shamefully I didn’t have my hands up for the photo! 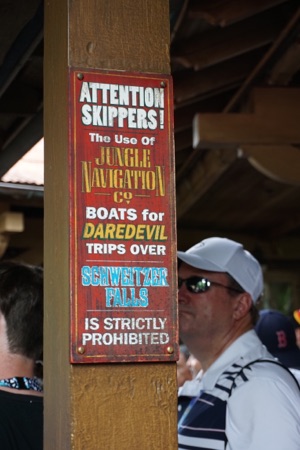 I had changed our Pirates fastpass to Jungle Cruise so we were able to ride without the queue. It’s a bit cheesy and good fun but I wouldn’t wait for it. 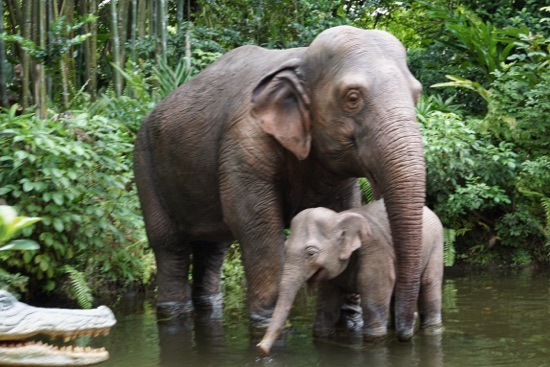 This ride is made by the driver and we had a good one today. He kept the puns coming all the way around. 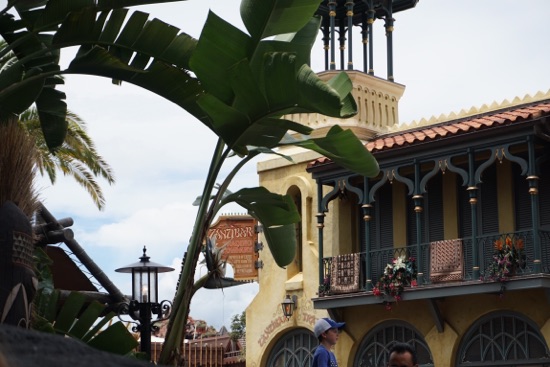 After jungle cruise we saw that hall of presidents was open so we went back in there. This was different from how I remembered it but still quite interesting. The animatronics are really impressive particularly the one that stands up.

After the show we had lunch in Columbia Harbour House. And old favourite for us. We again used the mobile ordering. This worked really well for us all trip. Only at ABC commissary did we have to wait. Everywhere else the food was ready really quickly.
While we were eating I picked up a fastpass for Buzz Lightyear. 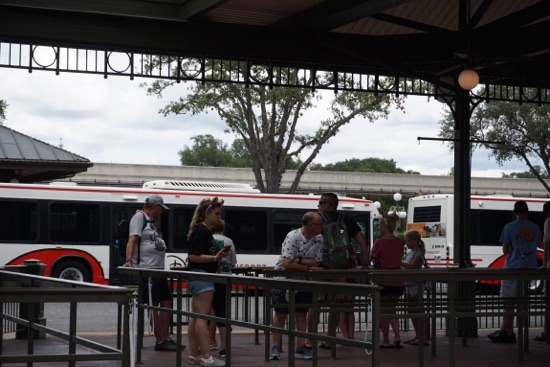 Molly is determined to get the full score on this but she just couldn’t do it today. I’m just hopeless. I can’t aim the guns at all.

After Buzz it was getting busy and hot and we decided it was time to go. The crowds were out for the parade with people starting to sit on the pavement. We got the bus back to our hotel and had a few hours rest and finalising the dreaded packing.

We are hand luggage only and had considered paying for a single case on the return but we haven’t bought that much so it seemed unnecessary. However we have bought a few things so it was a squeeze.
We did manage to get it all in eventually.

While we were packing there was a huge rainstorm. We wanted to see the fireworks so rain wasn’t in my plans.

Eventually it stopped and we headed back to Magic Kingdom.
As we walked over to the bus stop the rain started again. And it looked pretty heavy and set in. I was not impressed.
I decided to look for an ADR for dinner so we would have some time relaxing and inside rather than just in the rain. And I picked up a Skippers Canteen for 7:30. I’ve had my eye on this place for a while so it seemed a good opportunity to try it. 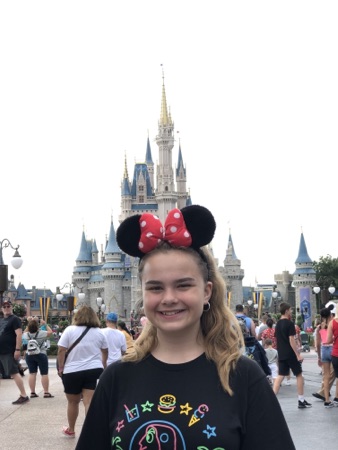 Of course when we got back to Magic Kingdom it had stopped raining. We had picked up a fastpass for its a Small World so we went straight up there. 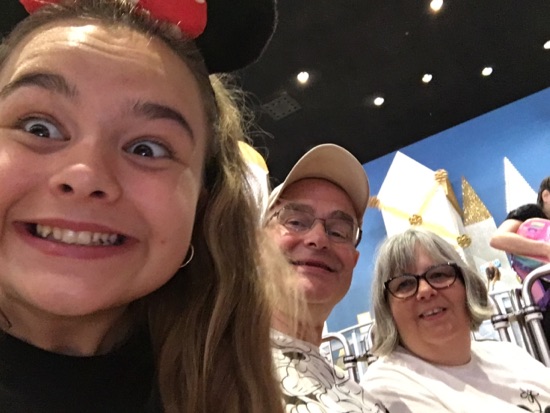 It’s cheesy nonsense but it’s good fun and more importantly we were able to get the fastpass at short notice.

We had about half an hour before our dining reservation so we weren’t too sure what to do, but as we passed the steam boat they were calling final boarding so that seemed like it was made for us. 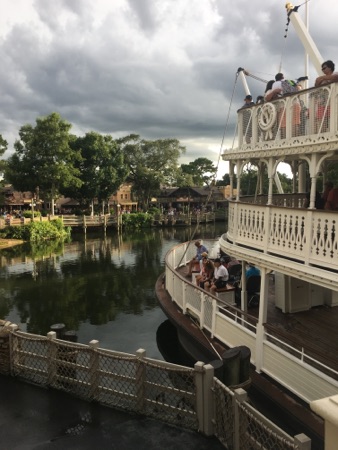 We got some seats up front and took a ride around the lake. 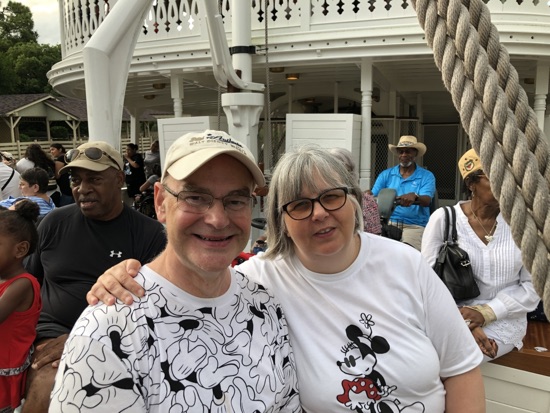 After our cruise, we went round to check in for dinner. We had to wait a while for a table. Probably not that long really but we wanted to be done in time for the fireworks. We were seated by 8 and ordered quickly so we would be out quickly. Which is a shame as it was a nice restaurant and deserving of a bit more of our time. The desserts looked lovely but we didn’t indulge due to the time. 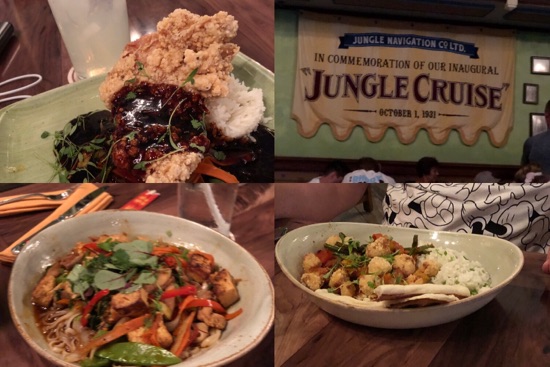 I had tastes like chicken because it is chicken. Phil has a curry and Molly has noodles. They were all spicy but Korma spicy not Vindaloo. I think this was one of my favourite meals. It’s a shame we were in a rush.

It’s Jungle Cruise themed and the puns just kept on coming. A good job my chicken wasn’t duck as that would be fowl..

There is a secret bookcase to walk through to get into another room which is themed like an Adventurers club.

Loads of details. I think you could spend hours exploring it. 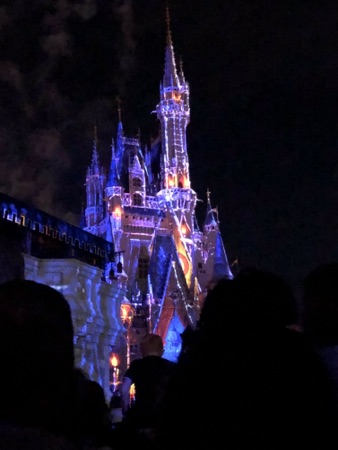 We finished our meal about 20 to 9 and walked to the hub area. We wanted to be near the Liberty Square Bridge as we wanted a quick get away after for a photograph.

There was still a fair amount of space so we found a spot to wait. More and more people arrived. All like us wanting to watch without waiting hours. Which I totally get. But it was so crowded and then the kids went on shoulders and I juts find it very claustrophobic. I honestly don’t think I’ll watch them again. Any appreciation I may have for the show is lost in the crowd and frustration.

Saying that it’s a very cool show and the projections are amazing. Maybe it would be worth paying for a dessert party. Who knows.

Anyway. I survived the fireworks but I was not disappointed when they finished. As soon as they finished molly was off to get in the queue for a photo. We tried to do this on our last trip and we were too late. So she was speed walking straight there. 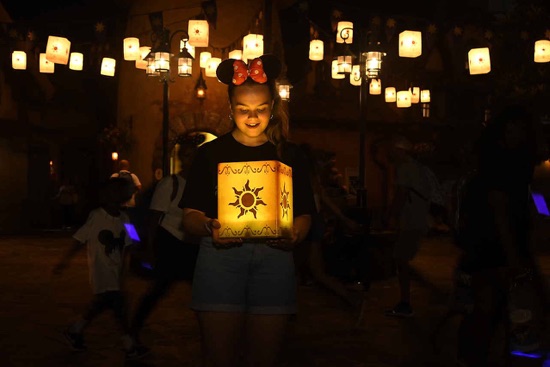 She made it with plenty of time. In fact there was hardly a queue. I was thrilled as this is a lovely shot and very hard to do without a tripod (and a lantern) neither of which I had handy! 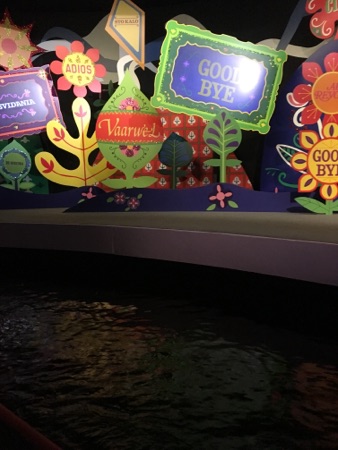 We were still feeling good and the park was still running. So what else. It’s a small word. A walk on this time. We seemed to be on ages and I think we were all daydreaming as both molly and I jumped when we got to the end and realised we were still on the ride.

We decided on one last ride before we left and finished with a classic. 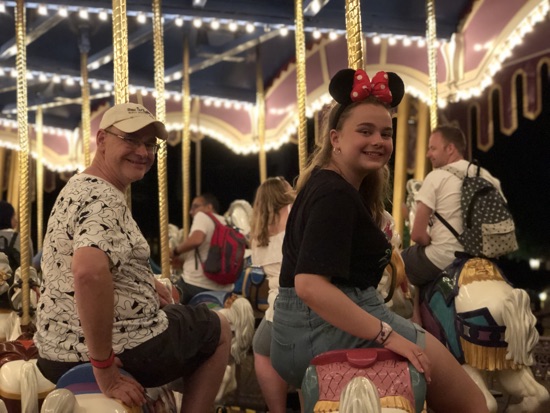 Then it was time for that sad walk back down Main Street to the bus.

We were very lucky to get a seat as the bus was packed but they got everyone on and we headed back.

I did notice the bus to TTC was running after the fireworks. We hadn’t seen it running in the daytime. The queue for the ferryboat looked horrendous so I think the bus is definitely the better option if you are in the car park.

And so we finished our trip. Well just the long sad journey tomorrow.